If you haven’t heard the big news, here it is: This week, I am going to be featured on the national TV show “Penn and Teller’s Fool Us!”

The show, which will be on the CW (channel 15 locally), rounds up magicians from all over the United States, and has them perform at the Rio Casino in Vegas for Penn and Teller. At the end of your act, they get to guess how it’s done. If you can fool them; not only do you get to say you fooled the most cunning, most well known, most influential magical duo in the world – but you get to open up for their show in Vegas.

I remember binge watching this show for hours at a time when it premiered some time ago in the UK, planning out what I would do if I ever were to be featured. It was my favorite show for a long time, for obvious reasons.

So getting the call from one of the producers inviting me to perform was hands down one of the best moments of my life. To be honest, the entire trip places as one of the best weeks ever, too. The entire atmosphere of being surrounded by fellow magicians, all with that same eager goal as you – it was incredible.

Penn and Teller are the magicians of the twenty first century. There isn’t one person in America or the UK that hasn’t heard of them. It was one thing to meet them – but to get to show them my magic? It was pretty darn cool.

The surrealism of it all is quite amazing. I am beyond grateful for all the circumstances that have lead up to me achieving all that has happened in the past year; as well as for all the fans that have been behind me since the days I started in Saratoga. This show is certain to be my biggest national appearance yet, and I can’t wait to share it with you all.

So tune in to the CW on Monday July sixth at 8:00pm to cheer me on. Thank you for your support I wouldn’t be here without all of you! 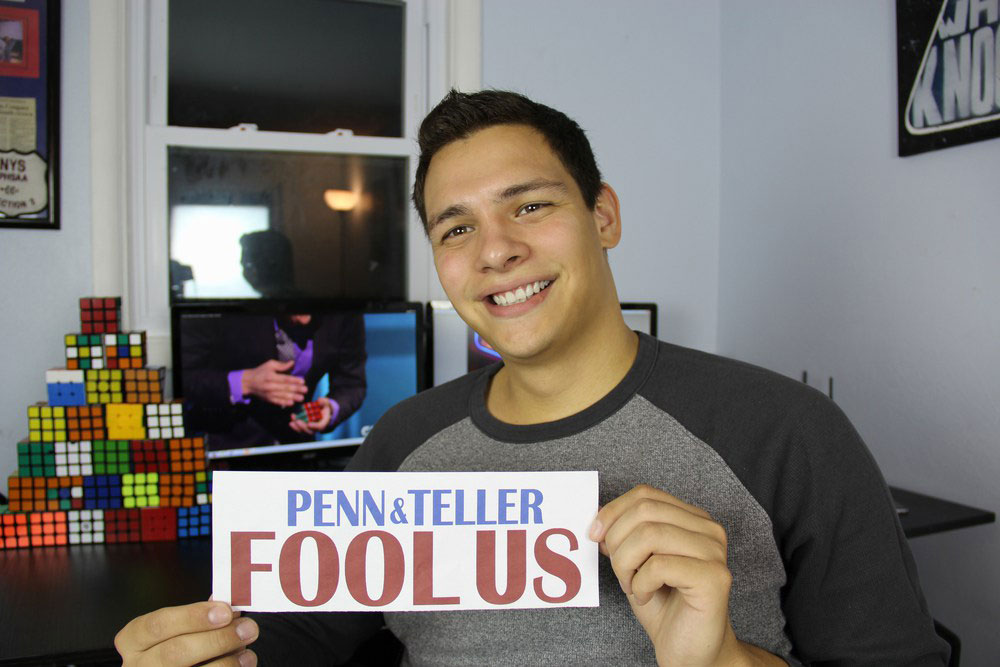 Did you added your own Google API key? Look at the help.

Check in YouTube if the id youtube belongs to a username. Check the FAQ of the plugin or send error messages to support.