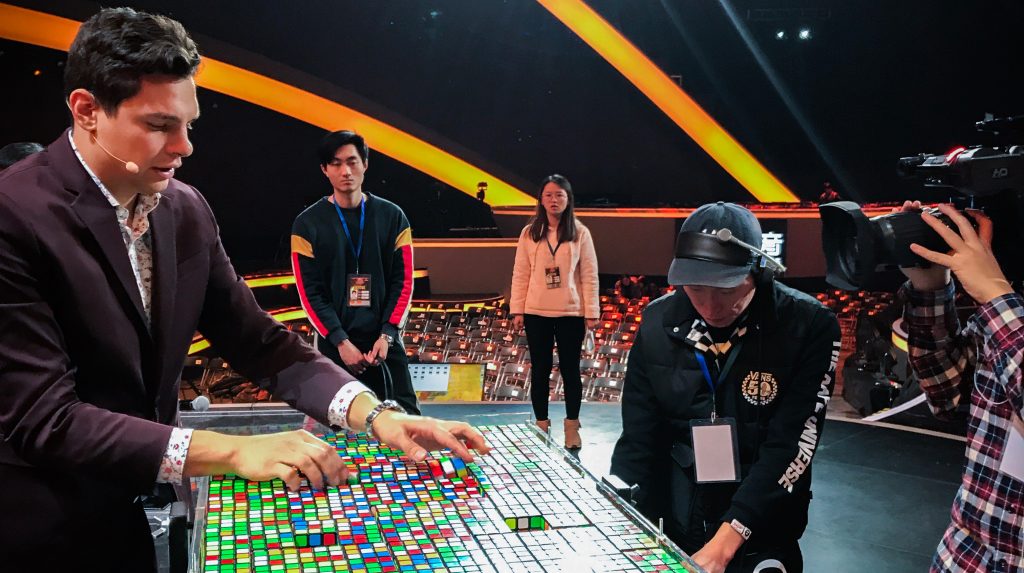 Steven Brundage is a professional magician and entertainer, who garnered international fame in 2014 when his YouTube video, Magician gets out of Speeding Ticket with Magic, became a viral sensation. In the video, Steven stuns two police officers by expertly solving a Rubik’s Cube in 20 seconds, then again in one second, and then – as if that’s not enough – he does it behind his back!

Perhaps most famous for his appearance on the 2016 season of America’s Got Talent, Steven specializes in stage shows, walk-around magic and close-up performances for high-end corporate events & private parties and on college campuses across the U.S. His unique and adaptive act is the embodiment of modern magic — hilarious, shocking and full of new and original tricks that you will not see anywhere else.

In addition to America’s Got Talent, Steven has appeared on ABC’s Good Morning America (December 2014), NBC’s Today Show (December 2015), Caught on Camera with Nick Cannon (July 2015), Penn and Teller’s Fool Us (August 2015) and NBC’s The Steve Harvey Show (January 2015), as well as on television shows in Russia, Japan and Britain. He has also been featured in various news outlets, including The Huffington Post, New York Daily News, Buzzfeed, The Daily Mail and more.

With a growing list of raving clients, a biography lined with countless national television appearances, and a performance overflowing with absolutely incredible and astounding tricks, Master Magician and Entertainer Steven Brundage has the experience and expertise to make your event a success.